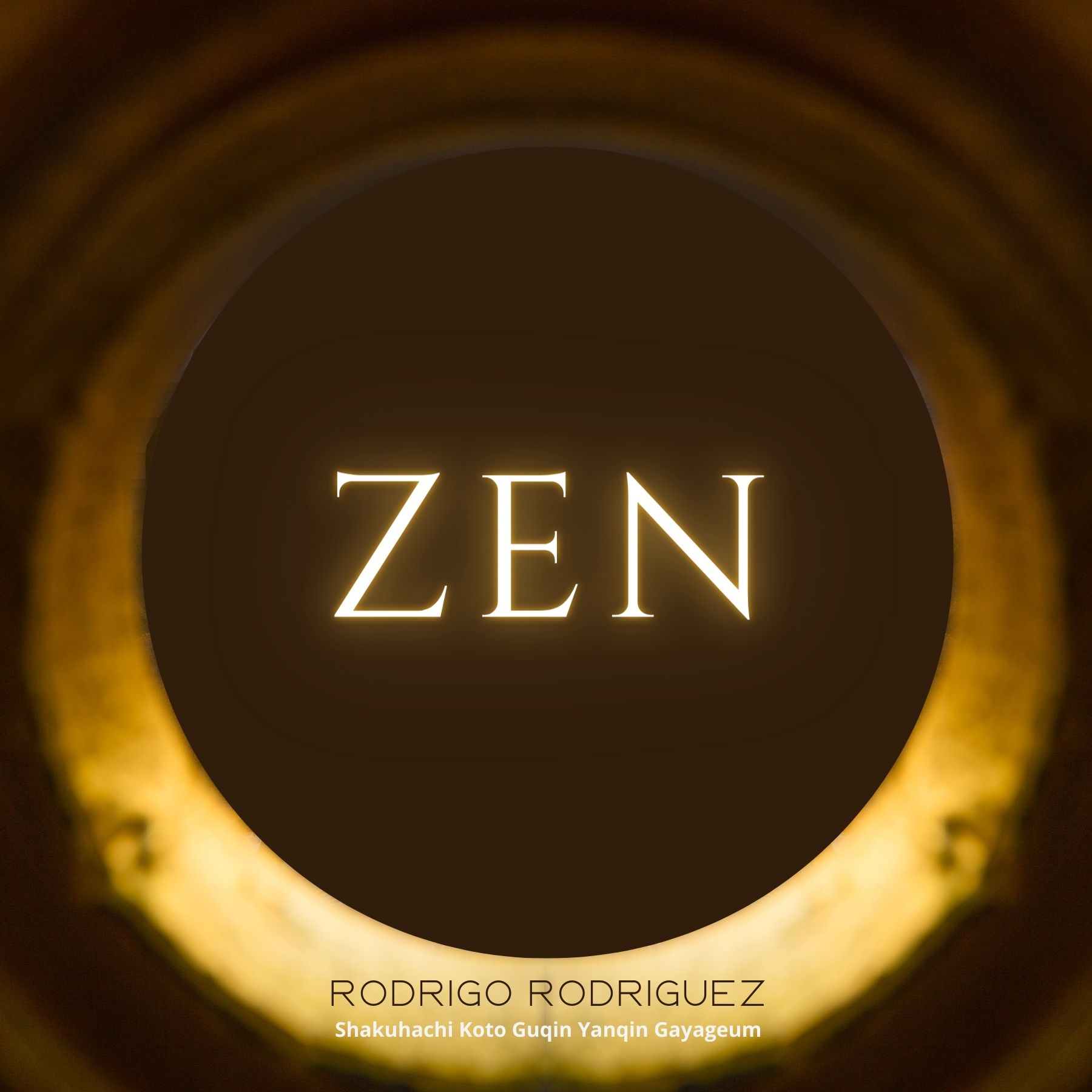 The Distant Call of the Deer

Rodrigo Rodríguez’s new album (Shakuhachi: The Zen Flute, The Distant Call of the Deer), this time together with his teacher Kohachiro Miyata in the art of the Zen flute. It is called The distant call of the deer (Shika no Tone), a musical poem of extolling Nature. RTVE.es, Spanish National Radio, Asia Hoy program, Eloy Ramos.

For Luna (Variations of Neptune)

Poem of Japan: Music for Shakuhachi

The Distant Call of the Deer

Shakuhachi: Esashi Oiwake (The Sound of the Bamboo)

Shakuhachi: The Zen Flute (The Distant Call of the Deer)

Born in Argentina (1978). Rodriguez arrived to Spain in 1986, where he spent most of his childhood. At an early age, he began to study modern and classical music.

Between the years of 1993-1999, Rodrigo tutored at home enrolled with several teachers of classical guitar until he was 22 years old. Rodrigo’s professional music career began in Spain. It was there that he discovered his first asian instrument the Shakuhachi flute.

Fascinated by Japanese music, he travelled to Japan several times to enhance his knowledge. He studied classical and traditional Japanese music under the lineages of Katsuya Yokoyama with the Master Kakizakai Kaoru in the International Shakuhachi Kenshu-kan School.

His interest in traditional and ethnic musical instruments began before he reached his teenage years. As a young child, Rodrigo had a vision for imitating the music and sounds he heard in his mind.

His many and diverse travels enabled him to acquire a rare collection of experiences from which to create his unique compositional language. In 2006 several compositions from his album “Inner Thoughts” were licensed, arousing the interest of a well known record label, Gemini Sun Record based in Los Angeles, CA. Rodrigo’s compositions can be divided into three basic categories: New Age, World Music and Contemporary Music.

In recent years he has performed numerous concerts in both the West and the East, at legendary stages like Imperial Hotel Tokyo and NHK Culture Center of Japan. In the late 2009 Rodriguez started to study with the renowned master of Japan’s leading players of shakuhachi Miyata Kohachiro,interested in Contemporary and Koten Shakuhachi. Rodrigo showed deep interest and dedication to Miyata’s compositions and repertoire. Thereafter, he resolved to study all types of traditional Japanese music, paying special attention to the differences between the two very different musical traditions.

In 2011-2012 he received invitation from Ministry of Culture of the Russian Federation and the Tchaikovsky Conservatory to perform in the XIV International Music Festival “The Soul of Japan” (“NIHON-NO KOKORO”) in Moscow.

On February of 2018 Rodrigo released his eighth album “The Classical Music Legacy of Japan”, Rodrigo selects an expanded repertoire of classical music from Japan. Also including the well-known Spanish master piece Concierto de Aranjuez for Classical Guitar and flute Shakuhachi. On April of 2018, Rodrigo performs for the first time in New York, invited to play at the Brooklyn Botanical Garden Festival, Sakura Matsuri (festival). 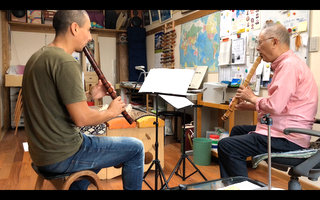 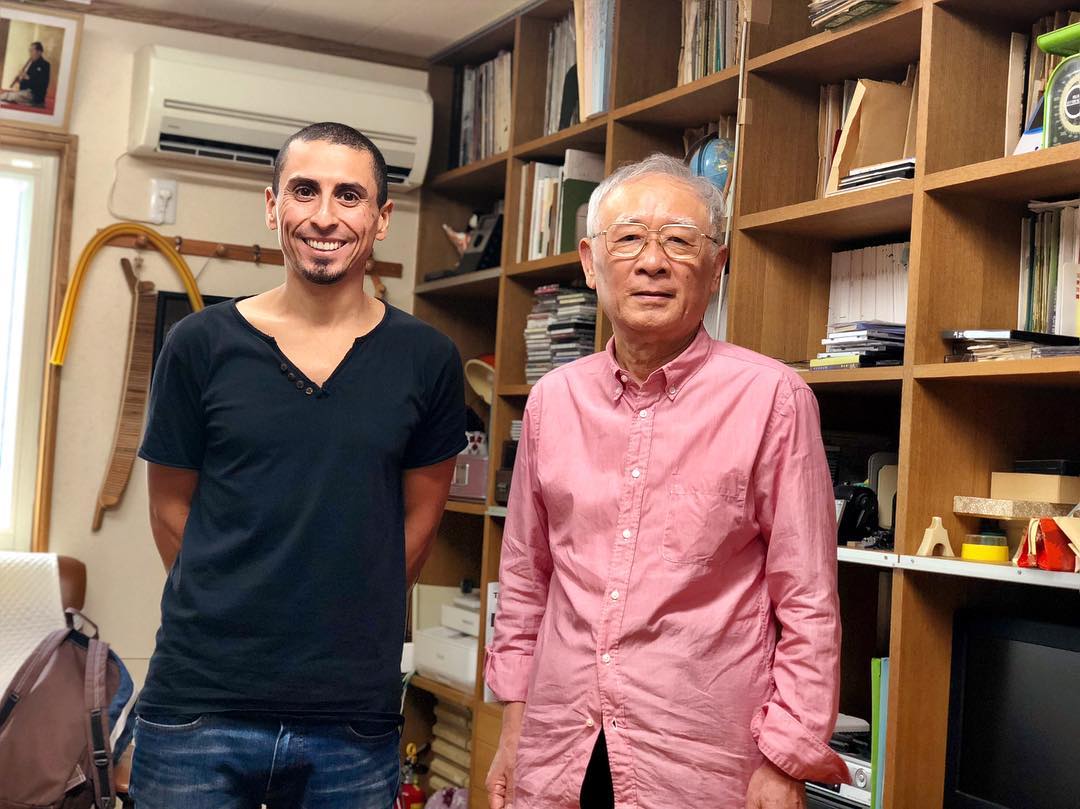 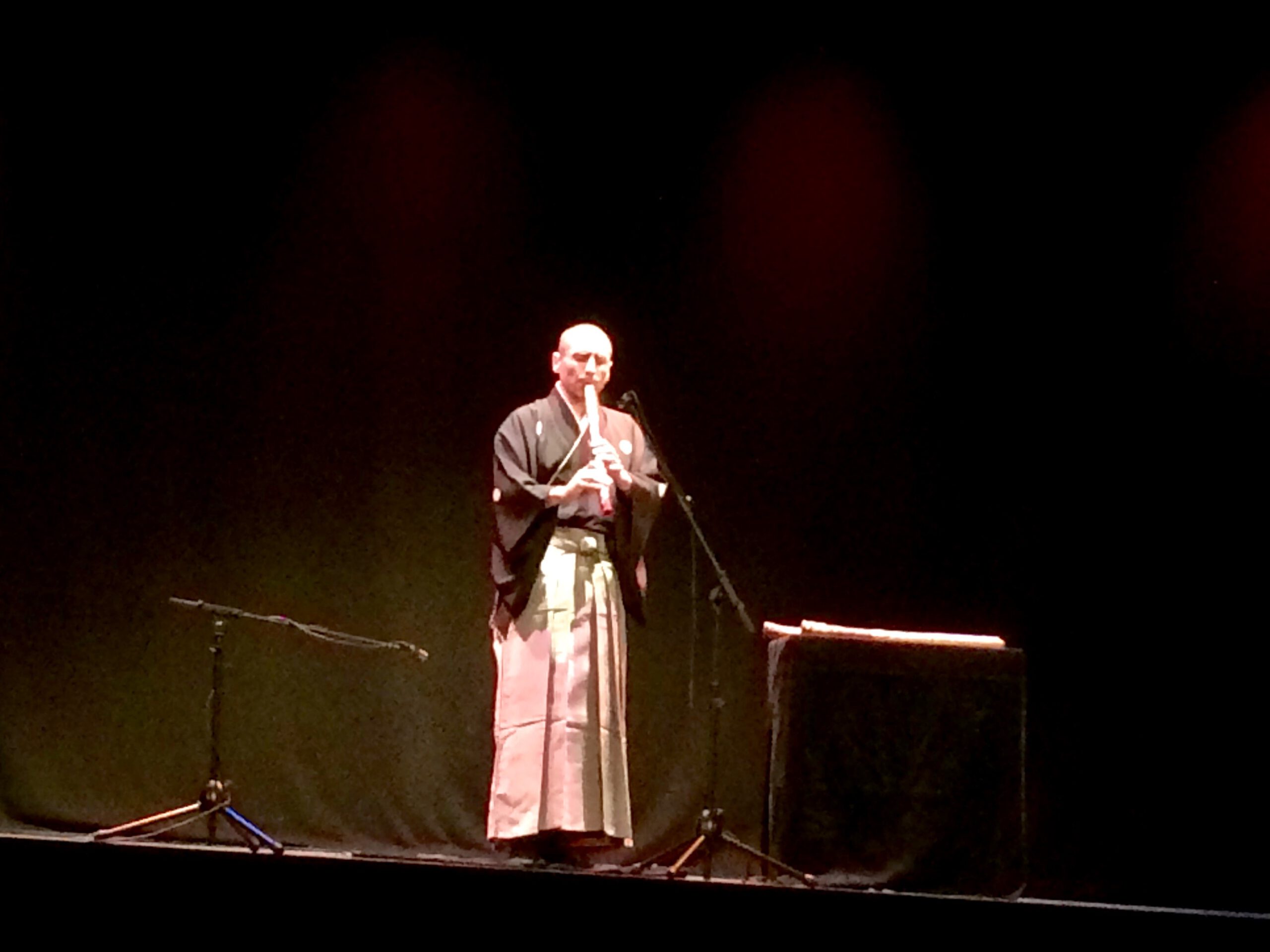 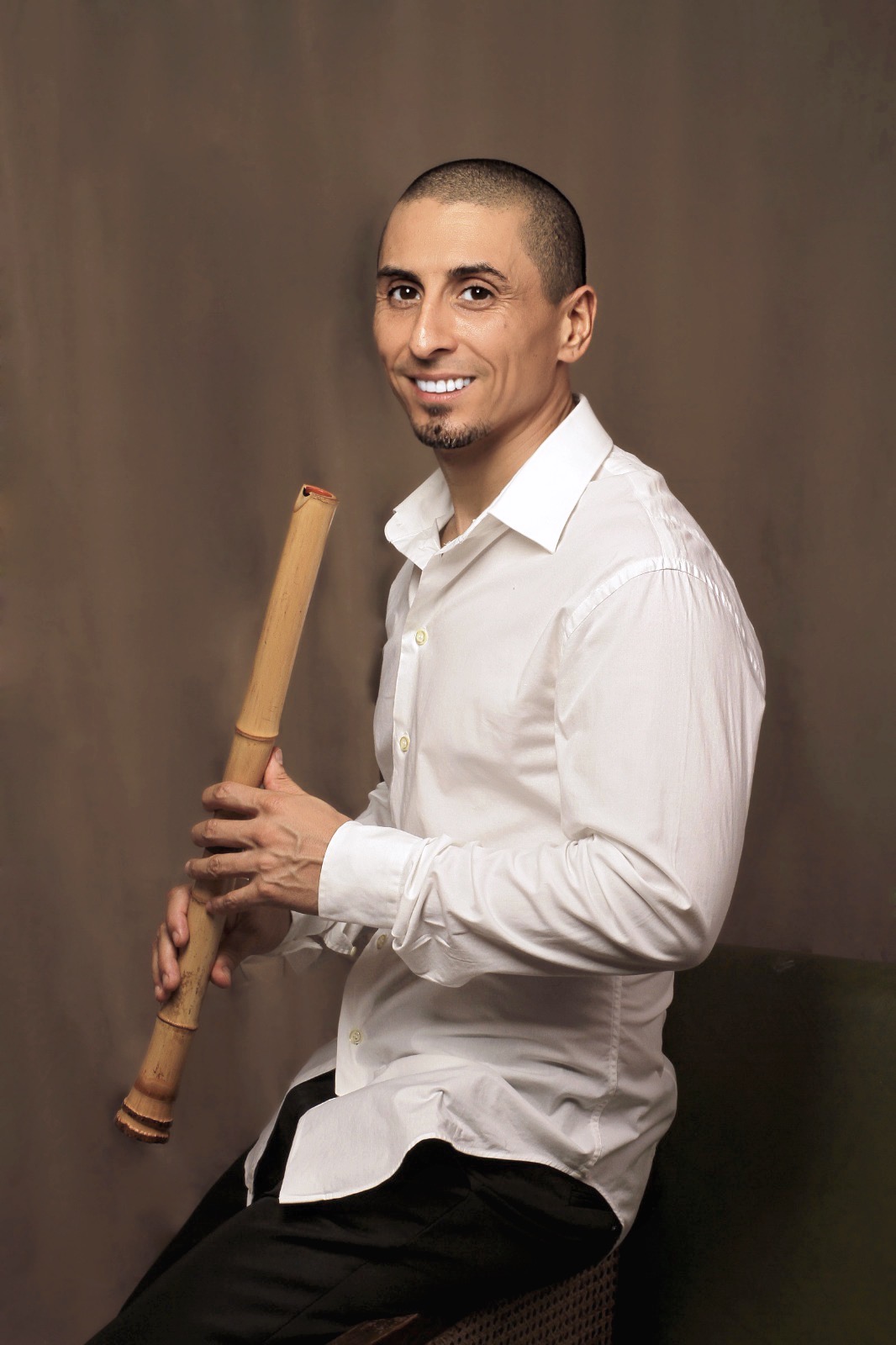 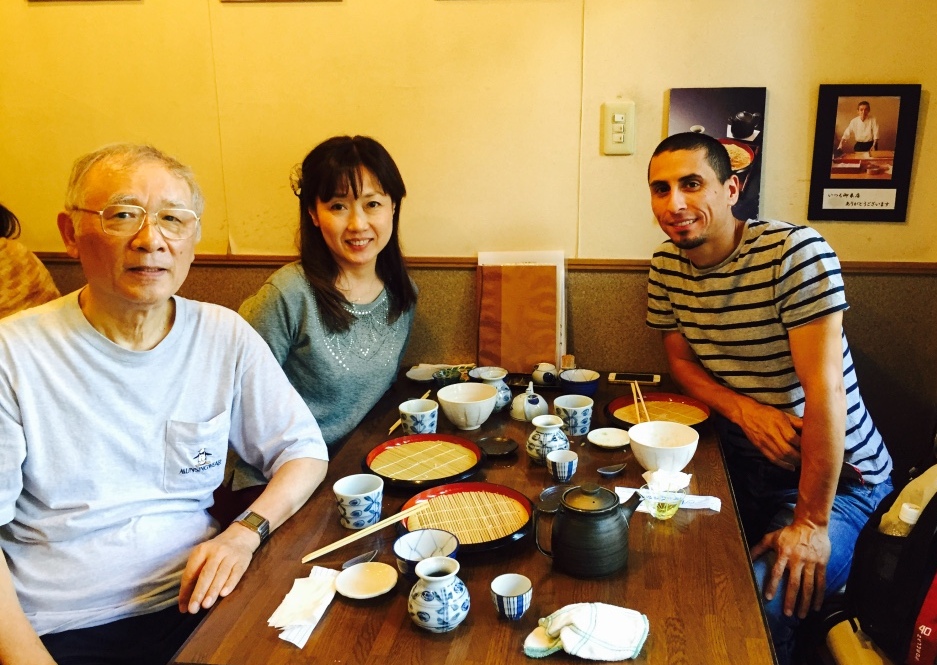 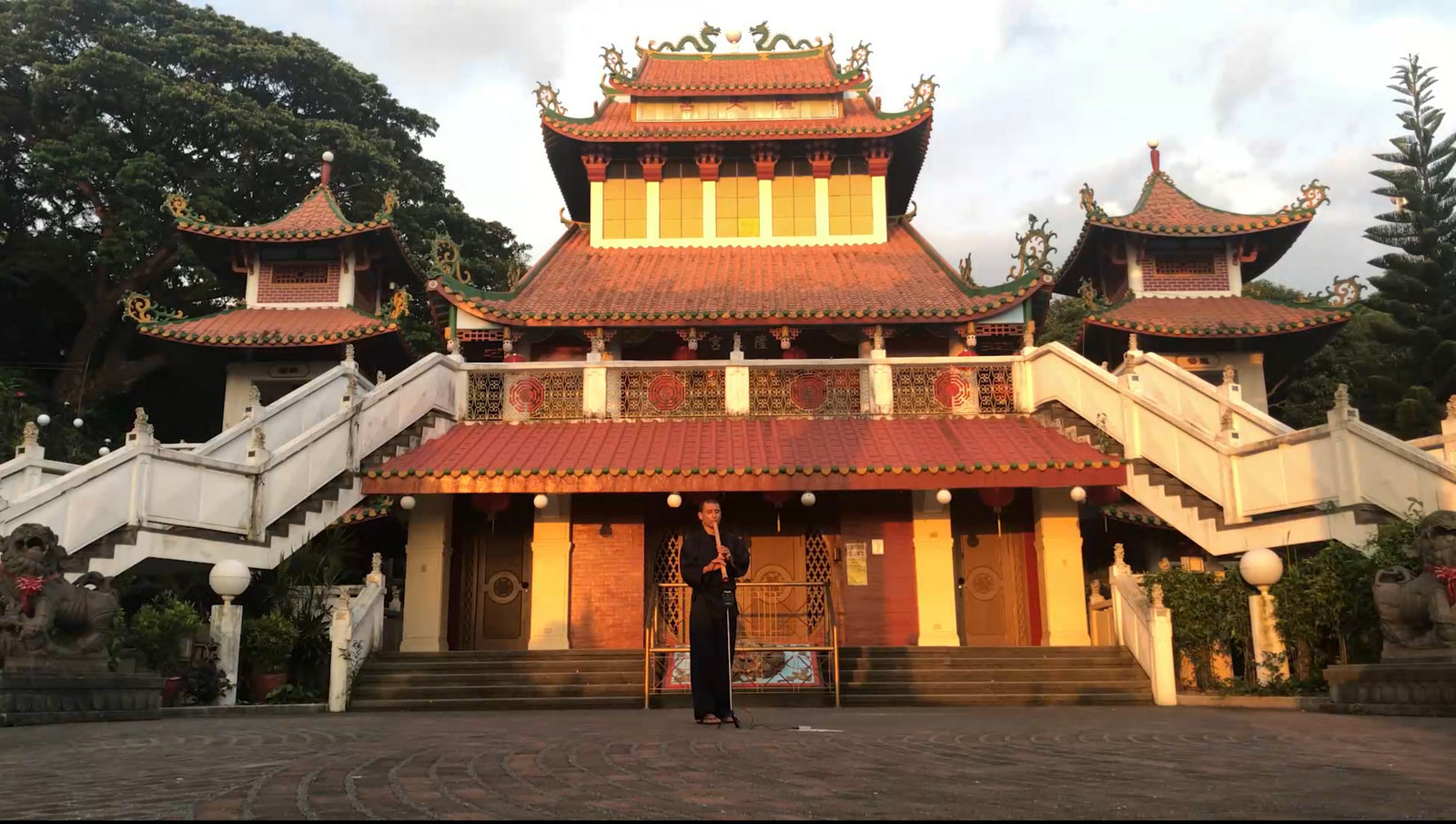 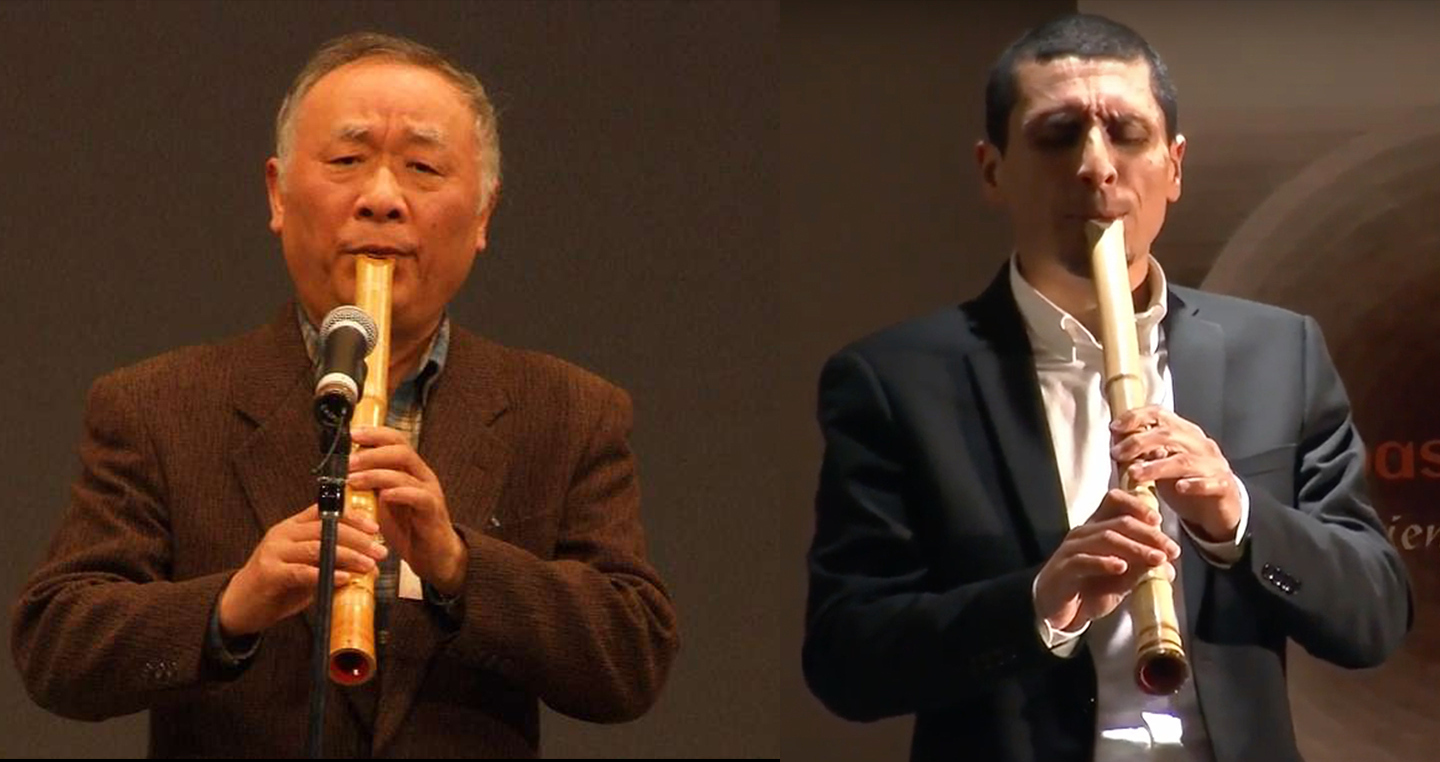 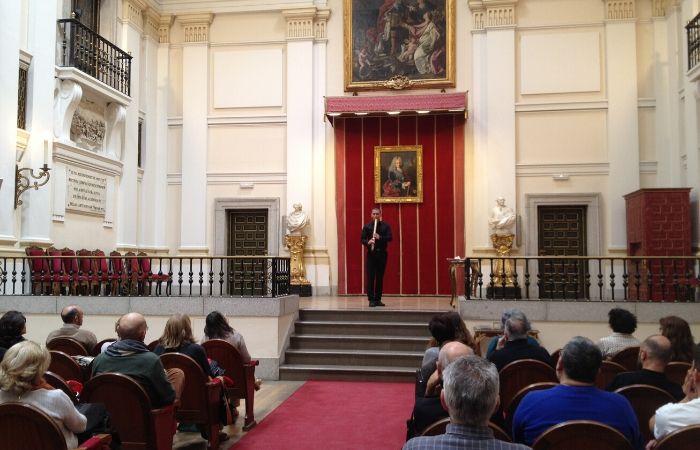 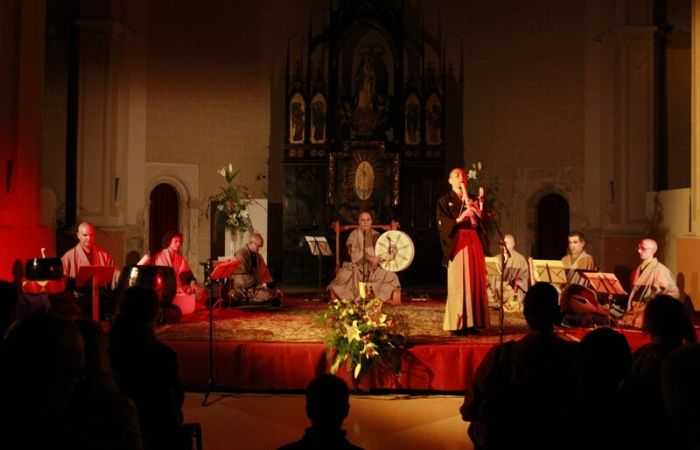 Shakuhachi concert in the Ma-Cho Temple 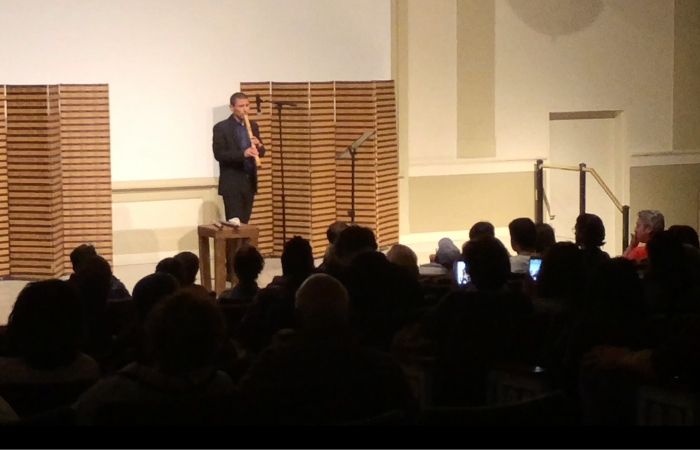 Kōhachirō Miyata (born 1938) 宮田 耕八朗 is renown Shakuhachi player and composer. He performs both traditional Honkyoku music and contemporary music. He recorded with Ensemble Nipponia in the United States in 1976. Among his top graduate students is Rodrigo Rodriguez. His recordings have been published by Nonesuch Records, JVC, and King . The most famous musical pieces composed by Kohachiro Miyata are Tsuru no Sugomori for solo shakuhachi, Mizuho no Uta (Poem of Japan) and Kibikati no Mori.

Founded by Rodrigo Rodriguez, The Mu-Ryu International Shakuhachi Online School fundamental objective for the future is to spread the musical legacy created by Kohachiro Miyata in the 20th century, and unite the many teachings of the Japanese shakuhachi flute throughout the globalized world.

Our physical shakuhachi school is based in Japan, Spain an the Philippines.

Our online School is available for students worldwide, this is a convinient option to learn.

shakuhachi flute.Traditional shakuhachi and contemporary  shakuhachi lessons to students all over the world via live video chat.

Zoom and skype helps our students  outcomes with secure video. Record classes and lessons to allow  to learn at their own pace. 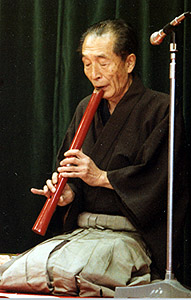 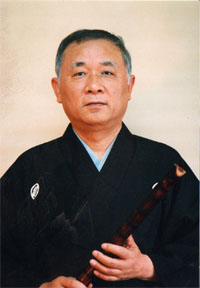 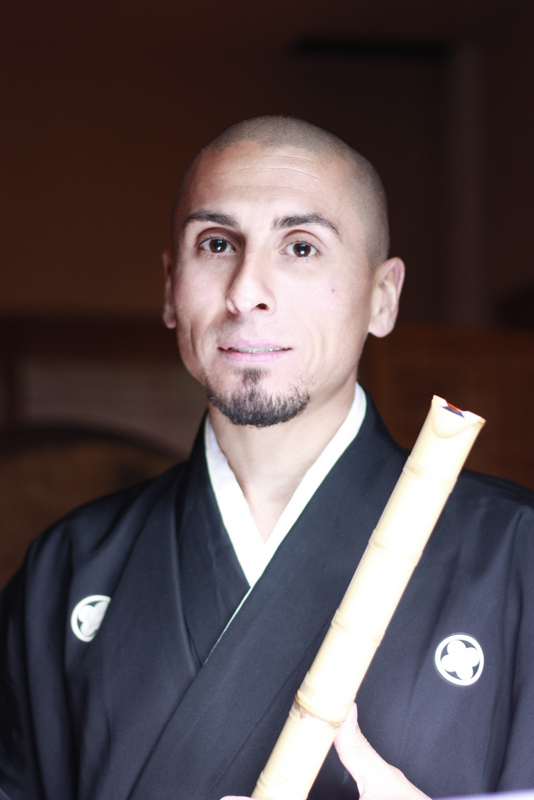 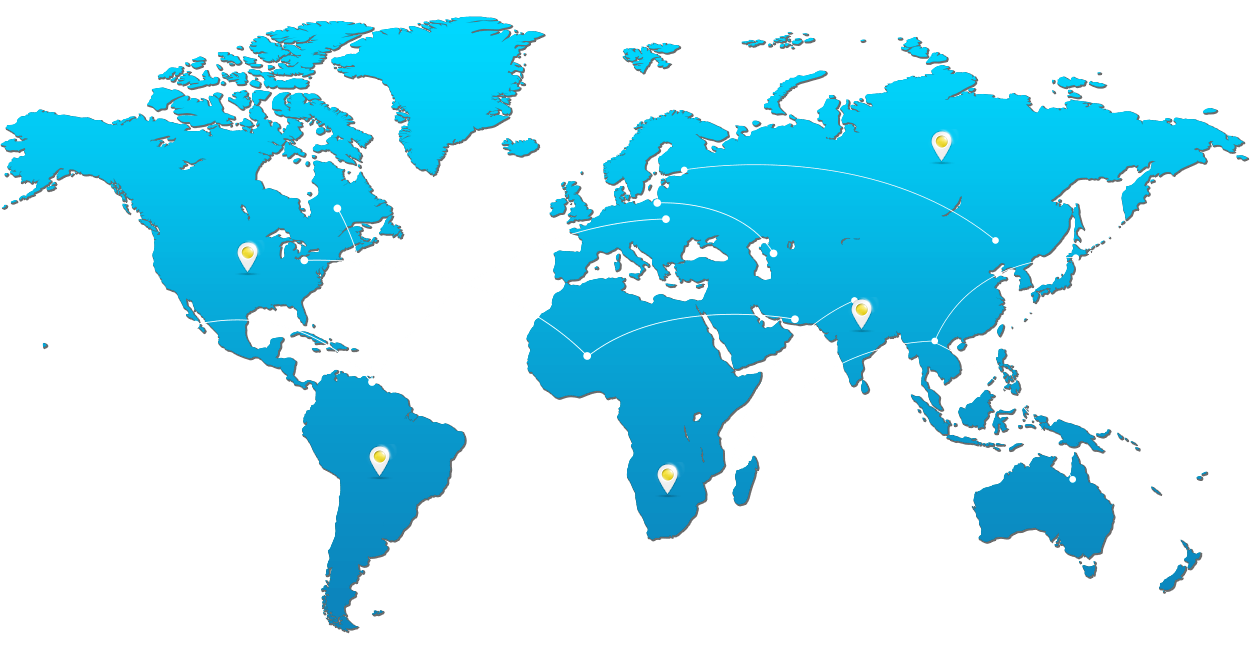 If you want to buy a shakuhachi flute from Rodrigo’s and Kohachiro Miyata lineage (made in Japan). Shakuhachi are generally from U.S.$3000 for any length of shakuhachi. Please contact us:

We use cookies to ensure that we give the best user experience on our website. Your continued use of this site assume that you agree.OkeyPolítica de privacidad